Does the thought of heading off somewhere without your phone leave you terrified? Well, here’s what you need to know about traveling internationally with yours.

Not All Phones Work Automatically

A few years ago, traveling with your phone was a little trickier, and it still can be if you’re using an older phone. There are two 3G standards: GSM (used by most of the world, and AT&T and T-Mobile in the U.S.) and CDMA (used by Russia, Verizon, and Sprint). Some older phones were either GSM or CDMA, which meant if you were traveling internationally, you had issues. Thankfully, most major smartphones—like the iPhone XS, Samsung S10, and Google Pixel 3—work everywhere now. If you’re using a phone that’s more than five-years-old and are worried about whether it will work, contact your carrier for support or search the model number online.

The bigger problem now is not all phone plans support roaming by default. You often have to opt into it the first time you go abroad, so carriers can say you consented to the exorbitant rates—which we’ll look at in a moment.

If you haven’t taken your phone abroad before (or have only taken it to Canada or Mexico), it’s worth it to check if roaming is activated if you plan to use it. Either contact support or review the terms of your contract for defined international charges.

Roaming Charges Can Be Expensive

Default roaming charges tend to be ridiculous. We’re talking $2.00 per minute for calls, $0.50 per text, and (most horrifically of all) $2.00 per MB of data. So, watching a five-minute YouTube video would cost you about $500 and just opening Instagram could run about $20. As you can see, using default roaming charges is a terrible idea. 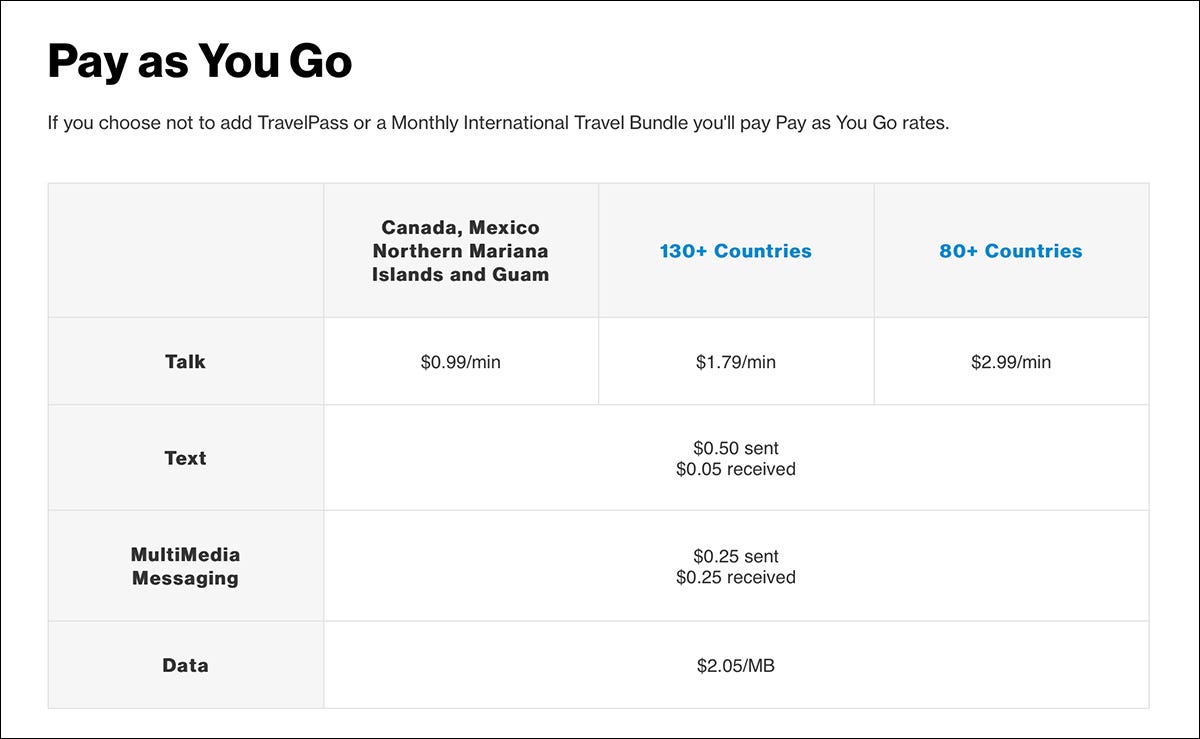 Thankfully, most carriers now offer international roaming plans or add-ons to existing plans. For a daily or monthly fee, you can get significantly more reasonable roaming rates. For example, Verizon’s TravelPass costs $10/day and allows you to use your standard allowance of calls, texts, and data—up to 500 MB high-speed, and then unlimited at a slower speed. While that’s still pricey, it’s far more reasonable than default roaming rates. As long as you stick to your allowances, you won’t come home to any unexpected bills.

If you travel a lot, you have two good options:

You’re More Likely to Lose It

Travel is rough on your phone. You’re far more likely to drop it, lose it, or have it stolen in a hectic, unfamiliar environment than when you’re just puttering around at home. You have to be extra careful and take additional steps to protect it—especially if you’re prone to breaking phones.

This site uses Akismet to reduce spam. Learn how your comment data is processed.

What is Your Business Worth ?